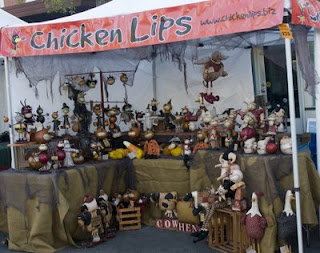 Well, another Village Venture has come and gone. It's hard to believe that I've been participating for 5 years now! Despite the lackluster economy and the 95+ degree temperatures - the day was a huge success! Not quite as large a crowd as usual (I think they get somewhere around 20,000 in attendance), but the folks that were there were ready to buy! And buy they did! I sold all my big pieces and lots of smaller ones. A huge thanks to all who stopped by the booth! The praise and accolades that I received are enough to feed my creativity for a 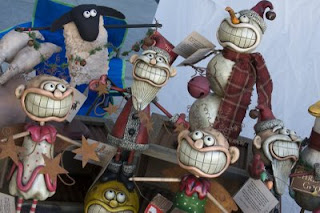 long time! I never get tired of hearing the kind words and admiration from the collectors of my art.

In addition to several hundred amazing artists who participated in the event, there was a 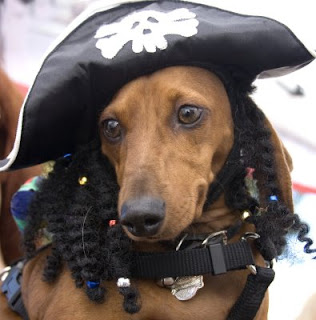 Halloween parade that showcases adorable kids and pets in costume. I just had to get a shot of this little fellow dressed as Jack Sparrow! I'm a sucker for a dog in a costume.

...now I've got to frantically start making enough for the Harvest Festival on December 5,6 and 7.
Posted by Chicken Lips at 2:46 PM 10 comments 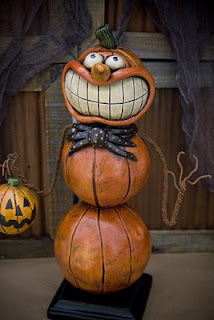 It's hard to believe that it's already Halloween time! Where does the time go! And when Halloween time comes around, that could only mean one thing...it's time for the Village Venture! This wonderful show in Claremont CA is jammed-pack full of some of the best artists around. Taking place on the tree lined streets in the Claremont, the Village Venture has been a showcase for art and artists for over 20 years. Check out the show web site for more details. In addition to Chicken Lips being there, my good friend Candace from Howling Moon will be there as well!

This year will be Chicken Lips 5th anniversary at the show, and I have LOTS of new Halloween and Christmas creations. Stop by and say "hi."
Posted by Chicken Lips at 10:21 AM 6 comments 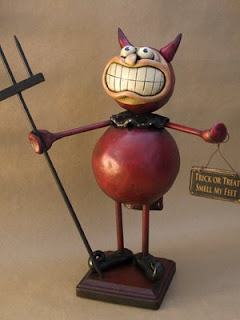 I've been a very bad boy. I haven't posted to my blog in over 2 weeks. I told myself that when I started this blog, I would post no less than once a week! Seems like there just aren't enough hours in the day to get everything done. I'm frantically working on making merchandise for two upcoming shows and I'm having a devil of a time getting everything done.

On that note, here's my latest creation; A Little Devil. 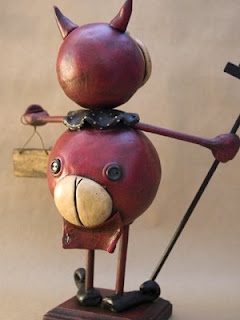 He's PaperClay and wood, all decked out in his favorite Halloween costume. He can't seem to figure out why he's so chilly, though. Seems, he's left his back-flap down, exposing his backside for all to see! This is the first "backside" I've ever made - kinda made me feel a little naughty, a little "devlish" you might say!
Posted by Chicken Lips at 8:54 AM 12 comments 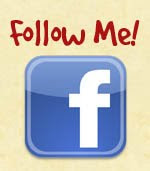 Click here to be the first to know of new creations and upcoming shows! 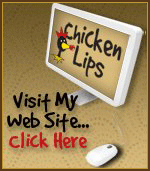 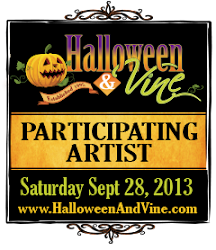